I am an Associate Professor of Religion at Ferrum College, a small liberal arts college in Virginia’s beautiful Blue Ridge. I earned my Ph.D. in Judaism and Christianity in Antiquity from Marquette University in 2014, and I live in Roanoke with my family. 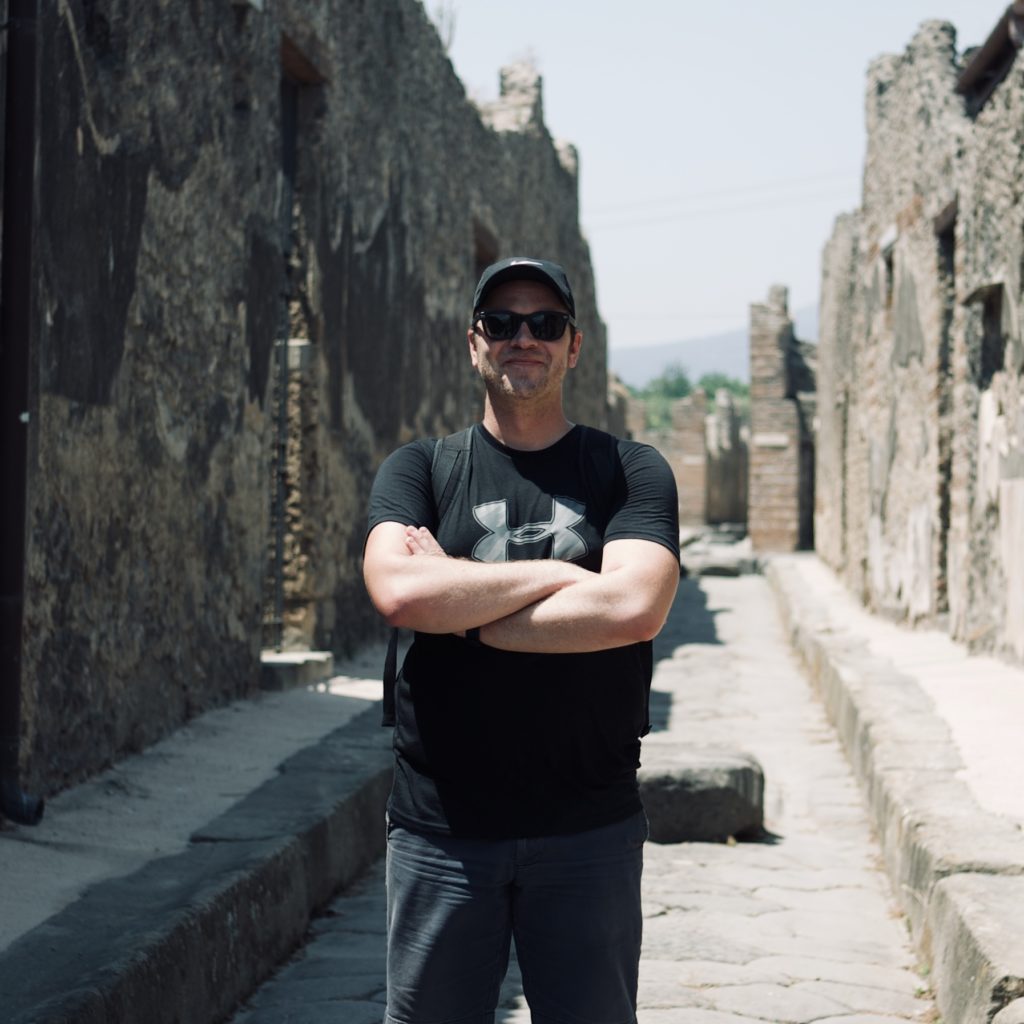 My research focuses on early Christian literature in general, but with an emphasis on “apocryphal” or “non-canonical” texts (i.e., texts that were important to early Christians but for a variety of reasons were not included in the New Testament). I have a particular interest in a text called the Protevangelium of James (also known as the Protevangelium Iacobi or the Proto-Gospel of James), which is a collection of stories about the birth and childhood of Mary the mother of Jesus. I wrote my doctoral dissertation on this text, and later published it as a book with Bloomsbury T&T Clark.

At Ferrum I teach a range of courses related to religion and biblical studies. Much of my teaching responsibilities are aimed at helping students fulfill their liberal arts core requirements (students at Ferrum are required to take one religion/philosophy class and then one “Bible-based” course). Each semester I offer two sections of Literature of the Bible (REL 111), a survey course that introduces students to the texts of the New Testament and Hebrew Bible. And in the fall semesters I teach a section of World Religions (REL 151).

I also offer a range of upper-level elective courses, including American Gods, Religion in Film, Studies in the Gospel, Life and Letters of Paul, Jesus and His Afterlives,  Biblical Archaeology, Religion in America, Prophetic Literature, Non-Canonical Literature, Historical Jesus, and, on occasion, Biblical Greek.

At present I am working on two book projects. The first, under contract with Fortress Press, is a reception history of the Matthean Magi. The second, under contract with Lexington Books, is an edited volume (co-edited with Dr. Christy Cobb) on “Sex, Violence, and Early Christian Texts.”

This site is part of Humanities Commons. Explore other sites on this network or register to build your own.
Terms of ServicePrivacy PolicyGuidelines for Participation